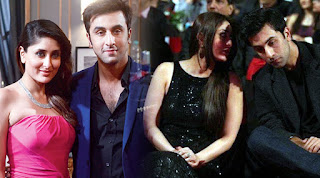 Kareena wants to share a frame with Ranbir at some point in life!

Bollywood actress Kareena Kapoor Khan shares a warm bond with cousin Ranbir Kapoor. We observed their bond when they appeared together on Karan Johar’s talk-show; they were seen pulling each other’s legs during the show.
At a latest event, when Kareena was questioned about her preferred Kapoor to work with, she told, “Well, I think there is only one Kapoor and that’s Ranbir Kapoor. He is my brother and he is absolutely nothing but the best that we have in the country today and it would be my honor to actually share a frame with him at some point in my life.”
She further revealed, “I would like to do a nice brother-sister story with Ranbir (Kapoor) at some point in life. There’s something magical about our pairing. I have never worked with my sister so hopefully I will work with my brother soon.”
On the film front, Ranbir is presently shooting for Rajkumar Hirani’s Dutt biopic and Kareena is busy shooting for her comeback movie, Rhea Kapoor’s Veere Di Wedding.

Kareena wants to share a frame with Ranbir at some point in life!

A stunning look of Zaheer and Sagarika from Mehendi ceremony!