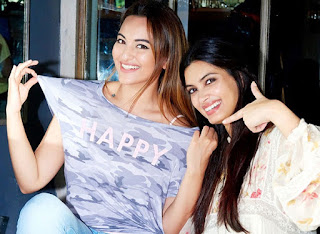 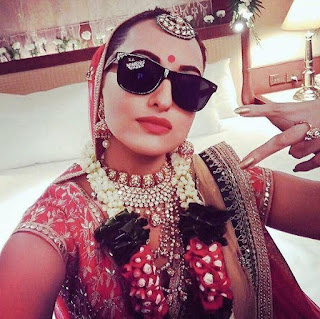 Bollywood beauty Sonakshi Sinha is presently busy shooting for Happy Phirr Bhag Jayegi wherein she will be seen exploring the comedy genre yet again.
The actor is seen along with Diana Penty in the sequel. The actor took to Instagram to post a photo of the serene beauty of Malaysia as she resumes shooting there.
In 2016, Diana Penty starred in Happy Bhag Jayegi which turned out to be a sleeper hit and Diana’s act was appreciated. The movie chronicled around Happy who runs away from her wedding and accidentally lands up in Pakistan. Directed by Mudassar Aziz, Happy Bhag Jayegi also starred Abhay Deol, Jimmy Sheirgill, Ali Fazal and Momal Sheikh.

Karen Gillan – Arriving to Appear on ‘The…

Raman and Ishita get separated