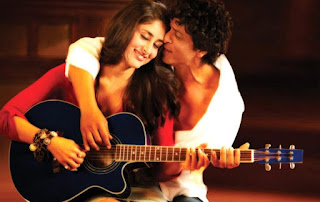 By On Jul 19, 2018
0
Share
Presently, Bollywood actress Kareena Kapoor Khan is the ultimate diva of Bollywood. With her latest movie Veere Di Wedding which performed really well at the box office, Kareena has established the fact that nothing can stop her.
Earlier, there were conjectures that Kareena has been approached to star along with Shah Rukh Khan in the forthcoming biopic Salute, in which the latter will play the lead role. Salute is based on the life of Rakesh Sharma, who was the first Indian to travel in space. When questioned about it, Kareena had told the media, “Whatever film I choose I will let everyone know, but at the right time.”
Now, it seems like the right time has come to make the official pronouncement of Kareena’s role in the movie. As per reports in a daily, not only Kareena has agreed to the movie, but she will also seemingly sign the dotted lines for Salute this week. If these conjectures indeed come true, then Kareena and Shah Rukh will be sharing the screen again after a gap of 7 years. The twosome was last seen in Ra.One, where they had played a married couple.
If rumors are to be believed, Kareena will be playing the role of Madhu, who is an interior designer by profession, and the wife of astronaut Rakesh Sharma (played by Shah Rukh Khan).

Neil Nitin Mukesh to launch his brother Naman as director!