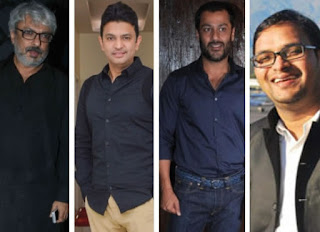 Biggies unite for a film about the Balakot Air Strikes!

Sanjay Leela Bhansali, Abhishek Kapoor, Mahavir Jain and Bhushan Kumar are teaming up to make the mother of all action films about the Balakot Air Strikes.
The story of how the Indian Air Force took out terrorist camps on February 26 will get the big screen treatment with a multi-starrer that’ll go into preproduction this June. The producers decided it was best to join hands for the film that’ll pay tribute to India’s armed forces, and I think it’s fitting that our soldiers have once against united India’s citizens!

Biggies unite for a film about the Balakot Air Strikes!

Jennifer Lopez and Alex Rodriguez to get engaged!