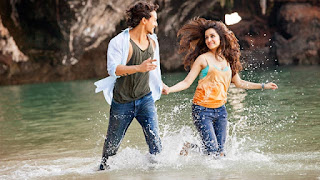 Tiger Shroff and Shraddha Kapoor starrer Baaghi 3 to be shot in overseas!

After the astonishing success of Baaghi and Baaghi 2, it comes as no surprise that the makers of the movie have decided to come out with the third installment of the film- Baaghi 3 starring Tiger Shroff and Shraddha Kapoor. Although Tiger Shroff had made the official pronouncement earlier, having shared the poster of the movie on social media and now it is being reported that the makers of the film including producer Sajid Nadiadwala and director Ahmed Khan are leaving for a recce of locations in four countries- Egypt, Serbia, Morocco, and Turkey.
According the media reports, the narrative of the movie is such that turkey and Serbia will be the apt choice of location for the movie, but, the makers are also looking at Egypt and Morocco. Baaghi 3 will hit the theaters on March 6, 2020.

Tiger Shroff and Shraddha Kapoor starrer Baaghi 3 to be shot in overseas!

The team of ’83 in Dharamshala for the arduous training session!