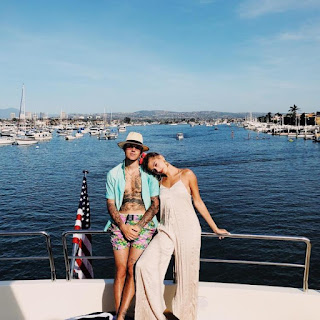 Justin Bieber and wife Hailey’s romantic date on a yacht!

Hollywood couple Justin Bieber and Hailey Bieber are the most famous celebs in Hollywood and the latter’s newest Instagram post is a proof that they in love more than ever. In the same, we can see them on a yacht. Hailey was seen wearing a salmon pink hued jumpsuit and Justin was wearing a blue shirt and pink and green shorts. Also, cool hat and shades accomplished his look.
Recently, Hailey went live and the same gave a sneak peek into their love life. In the Instagram Live video, Justin adorably asked whether Hailey loves him and Hailey replied saying, “I love you more than anyone.” Justin was also seen kissing her during the Live video.

Justin Bieber and wife Hailey’s romantic date on a yacht!

The team of ’83 in Dharamshala for the arduous training session!

Melissa Riso – tHE bEAUTY IN hOT

BEAUTIFUL STILLS OF A DANCING BEAUTY IN PINK WEAR