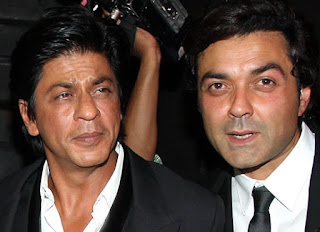 Earlier, Bobby Deol made a huge comeback in Bollywood movies with Race 3 which also starred Salman Khan and Anil Kapoor. Since then, he has signed up some exciting ventures. Whether it was being the most good looking and fit actor at the age of 50 or winning hearts at the red carpet with his stylish looks, Bobby surely seems to be on a roll.
Now, Bobby Deol is all set to enthrall the viewers with his big digital debut with Shah Rukh Khan. As per media source, Bobby has signed up for an original movie with SRK’s production house Red Chillies Entertainment. This will be the first time we would see the two dynamic duos come together to create an exciting project in the digital world. Produced by Shah Rukh Khan, the movie will be one of the anticipated projects to watch out for.