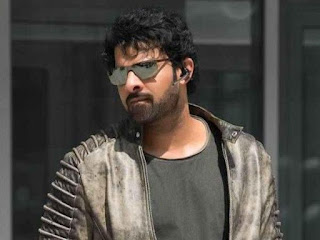 Vivacious star Shraddha Kapoor and south star Prabhas have teamed up for their forthcoming film Saaho, which is directed by Telugu filmmaker Sujith. The movie also features Jackie Shroff, Neil Nitin Mukesh, Mandira Bedi, Chunky Panday, Mahesh Manjrekar, Arun Vijay and Murali Sharma. Saaho is slated to release on August 15. It is a multilingual movie and will be shot and released in Hindi, Tamil and Telugu. Prabhas is fluent in the South Indian languages but faces problems while talking in Hindi.
About his preparation for the film, Prabhas revealed, “Saaho will cater to audiences across the nation with its story and setting. It is not difficult, but Hindi is not my first language. So, a lot of preparation went into it. I can read and write the language, but we don’t speak in Hindi at home.” The actor further added, “I have done a lot of homework for it and Soni (my teacher) conducted dialogue classes for more than a month. The first schedule was tough for me, but from the second one, it got better. I will only be dubbing for it in Hindi.”

Are Ranbir and Alia planning of secret wedding at Lake Como?

Tamannaah Bhatia to become a poet for love!

Jessica Alba in bikini at a beach in the Caribbean