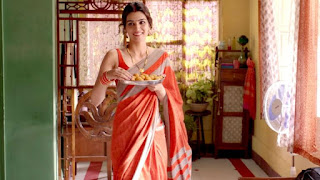 Three pieces of the Luka Chuppi team might reunite for a film on surrogacy.
Kriti Sanon is in talks to play the lead in a remake of the Marathi film Mala Aai Vhhaychy, which will be helmed by Laxman Utekar and backed by Dinesh Vijan. While the 2011 original put the focus on how surrogacy practices in India benefit foreigners, the Hindi version will be updated to suit today’s sensibilities. The film has been tentatively titled Mamma Mia but that’ll probably change to avoid confusion with the Meryl Streep musicals!

Vicky Kaushal is a ‘marriage material’ for Taapsee Pannu!