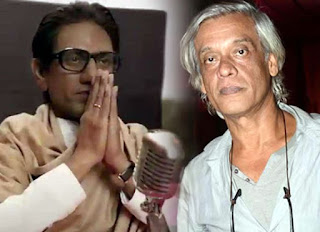 Sudhir Mishra and Nawazuddin Siddiqui have joined forces for a web series.
The critic’s darlings are teaming up for an adaptation of Manu Joseph’s bestseller Serious Man, which tells the fictitious story of a poor slumdweller who works for a brilliant astronomer. Sudhir bought the rights to the novel about ambition and aspiration two years ago, and since then he’s been working and reworking the script for it. While Nawaz is a lock for the poor man, Sudhir is still looking for his astronomer. I’ll tell you who he casts!

Vicky Kaushal is a ‘marriage material’ for Taapsee Pannu!

Elle Fanning in Bikini Top and see thru top for Interview…