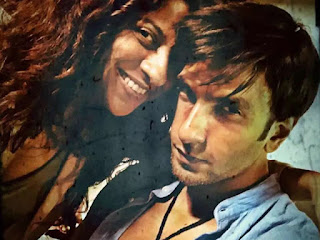 Zoya Akhtar and Ranveer Singh to unite for a gangster!

Zoya Akhtar and Ranveer Singh have combined forces for two films, and now they’re on the verge of announcing a third.
It seems the Dil Dhadakne Do and Gully Boy duo are teaming up for a gangster movie. Zoya has been a long-time fan of the genre, and she’ll attempt to make a larger-than-life epic a la Martin Scorsese’s Gangs of New York. Insiders say the film will feature two male leads going head-to-head, and Zoya’s still figuring out who to cast. Well, it definitely has to be someone as mad talented as Ranveer!

Zoya Akhtar and Ranveer Singh to unite for a gangster!

Hapri Priya on a close looks

Megan Fox is back in Lingerie Exclusive First time March…

Threats to Deepika and Sanjay Leela Bhansali are wrong and…

Eva Longoria in tight dress out in West Hollywood