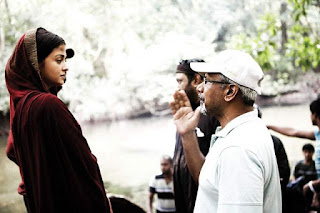 Earlier, there were reports that she will be working with director Mani Ratnam again for a multi-lingual movie based on the Tamil novel called Ponniyin Selvan. The movie will be a period drama and everybody is pretty happy to see them working together again.
About her role in the movie, as per a report in a daily, the Bollywood beauty will be essaying a negative role in the movie. She will play the role of Nandini in the movie who is the wife of Periya Pazhuvettaraiyar. Periya Pazhuvettaraiyar is the chancellor and treasurer of the Chola kingdom in the novel.
A media source revealed to a daily that Aishwarya Rai Bachchan’s antagonist character in the movie is that of a mysterious, power-hungry woman who manipulates her husband so that she can plan the downfall of the Chola Empire. Her character wants the empire destructed because of the wrong things done to her.

Never imagined playing Zafira would be difficult because of…

SOFTIE BEAUTIES IN HALF SAREES

ONE AND ONLY BEAUTYFUL WOMEN Genevieve Morton