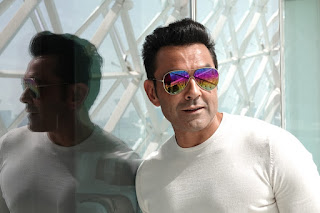 There’s been a log on interest around Shahrukh Khan’s new web production Class of 83.
The real-life inspired series will focus on a team of encounter specialists and sharpshooters who were trained by the Mumbai police to encounter the underworld and eliminate terrorism in 1983. The latest is that SRK has signed his old buddy Bobby Deol to headline the show. It worked out well since Bobby was looking to try something new and the Badshah wanted to keep his winning streak as a producer going after Badla! That’s a win-win!