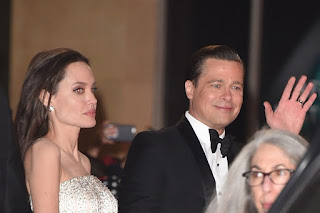 Brad Pitt and Angelina Jolie have ‘no more drama’ for Kids!

Now, Hollywood’s former hottest couple Brad Pitt and Angelina Jolie became officially single and since then have gone about their ways. But, the single thread that keeps them together are their six kids. As per a recent report, a source revealed to a portal that the estranged couple have finally realized that they need to put their differences aside to work out what is best for their kids. Brad and Angelina are parents to Maddox, 17, Pax, 15, Zahara, 14, Shilo, 12, and 10-year-old twins Knox and Vivienne.
Angelina Jolie presently has custody of all the children. But, Brad continues to spend time with the kids through the week whenever Jolie is not around. The source revealed, “They both knew they needed to move forward with their lives. There’s no more drama. All of the dust has settled.”
A source further added, “They are and have always been focused on what is best for the children.”
The kids seemingly spend a good amount of time with both their parents and are in a happy place.

Brad Pitt and Angelina Jolie have ‘no more drama’ for Kids!

Kylie Jenner and Bruce Jenner out in West Hollywood,…

Jeanne Cadieu Walks the Ramp in Bikini for TCN Swimwear 2016…