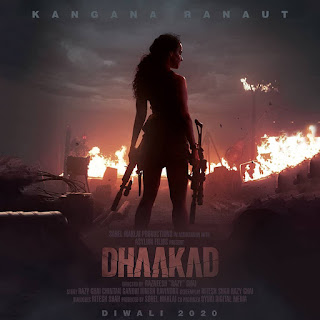 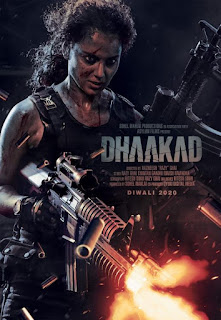 Dynamic actress Kangana Ranaut is known for her choice of films as Queen, Manikarnika: The Queen of Jhansi, Tanu Weds Manu or Gangster and Simran. Kangana has always proved her versatility. As we know, in addition Panga and Judgementall Hai Kya, Kangana Ranaut will next be seen in action thriller- Dhaakad.
Recently, after releasing the teaser of the movie, the makers of Dhaakad released the first poster of the movie and in the poster, we can see Kangana going all guns blazing as she looks ferocious and ready to battle, with guns in both hands.

Kareena Kapoor Happily bends down to expose her Sexy…