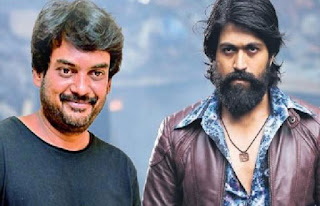 South actor Yash has geared up for the shooting of KGF: Chapter 2. The devoted fans of the Yash are highly waiting for the movie which is scheduled to release later this year. Now, the buzz is Yash has been approached for Puri Jagannadh’s Jana Gana Mana which was earlier rejected by megastar Mahesh Babu. As per reports, Mahesh Babu backed out of the project for the reasons better known by the actor and makers of the movie. Now, after years, Puri Jagannadh is back on the project.
Now, director Puri lately visited Bengaluru to discuss the script with Yash. “Puri always wanted to make Jana Gana Mana keeping the pan-India audience in mind. The story is a take on the gruesome murders, rape cases and crimes that shook our nation over the last few years. The director sat twice with Yash to discuss the script in Bengaluru, and the duo will meet again soon for the final narration,” a media source revealed in a daily.
As per media reports, Puri Jagannadh will kick-start the shoot of Jana Gana Mana after the completion of KGF 2’s shooting.

WOW Sexy Shreya Vyaas bends down to expose her Sexy…