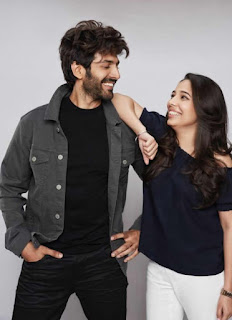 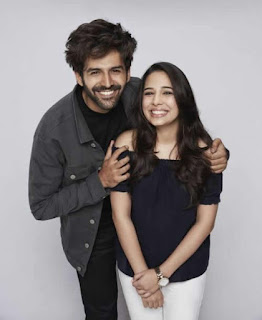 As we know that Kartik Aaryan is one of the most preferred actors of Bollywood. From starting his journey in 2011 with Pyaar Ka Punchnama, Kartik Aaryan went on to feature in other movies such as Akaash Vani, Silvat, Guest inn London, Sonu Ki Titu Ki Sweety, among others and Kartik’s last movie- Luka Chuppi, was a box office success. Presently, Kartik Aaryan is doing Imtiaz Ali’s Aaj Kal opposite Sara Ali Khan.
Earlier, Kartik Aaryan used to celebrate Raksha Bandhan with his sister, Kritika, in Gwalior but as we know, it is not easy for Kartik- the actor to come back home on Rakhi because of his work commitments. On the festival of Rakhi, we got our hands on a photo of Kartik and his sister Kritika and these two look cute while posing together. In a media chat, Kartik had revealed that he is very attached to his sister and whenever he is in a dilemma, he calls her up for solution as she is his best friend and confidant and even though Kritika is younger to Kartik but it is amazing, says the actor, that how his younger sister can give gyaan on life and relationships.

AISHWARYA RAI BACHCHAN WITH HER HUSBAND ABHISHEK IN SAREE…