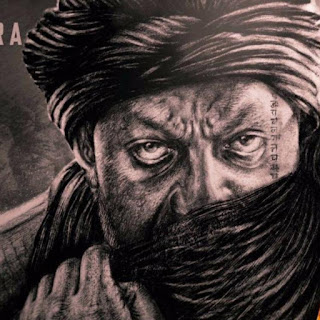 After KGF Chapter 1, Director Prashanth Neel is now returning with KGF Chapter 2 with Yash in the lead. Bollywood veteran Sanjay Dutt will be playing the role of the villain in this highly awaited film. Ever since this film was pronounced by its makers, it has generated a lot pf curio among the fans.
Recently, there is a strong buzz that actor Sanjay Dutt has already begun shooting for the Yash starrer in Mysuru. As per media reports the actor will be at the Lalitha Mahal Palace Hotel for the shoot of KGF Chapter 2. This shoot is said to go on for a week’s time. The cast and crew of the movie have made sure that no news about the movie’s shoot is released. There is no official statement from the makers of KGF Chapter 2 about when Sanjay Dutt will shoot for his part of the movie.

Cricketer KL Rahul breaks his silence over link up rumours with Akansha Ranjan?

LATEST PHOTO SHOOT IN BIKINI 2017 OF HOT MODEL AND ACTRESS…