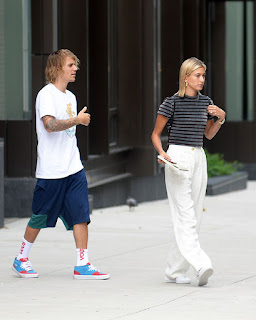 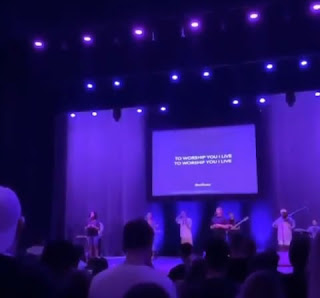 Hollywood well-known singer Justin Bieber is presently spending all his time with his wife and model Hailey Baldwin. The couple got back together last year and got hitched on September 13, 2018, at a New York courthouse. Since then, it’s been marital bliss for the Biebers as evidenced by their social media displays of affection.
Lately, the lovely couple attended a church service where Justin gave a musical performance. Bieber took to Instagram to share a video from his performance and wrote an endearing note as a caption.

View this post on Instagram
Sang at church last night. God is pulling me through a hard season. Having trust in Jesus at your worst times is the absolute hardest. But he is faithful to complete what he started. I also want to thank my wife for being such a huge support in my life through this season.. it says in the bible count it ALL JOY when you face trials of various kinds. Sounds insane considering when u face trials u feel terrible. But if we are grateful and worship god for what we do have in that season there is so much power in that… whatever pain you are going through just keep telling yourself THIS WONT LAST! Love you guys we in this together
A post shared by Justin Bieber (@justinbieber) on Aug 29, 2019 at 3:59pm PDT

Neetu Kapoor thanks SRK and Gauri Khan for helping in tough phase!