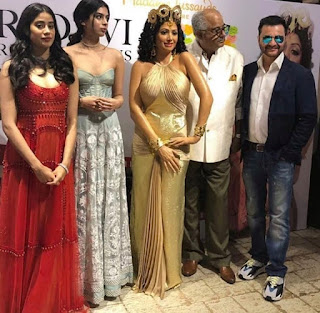 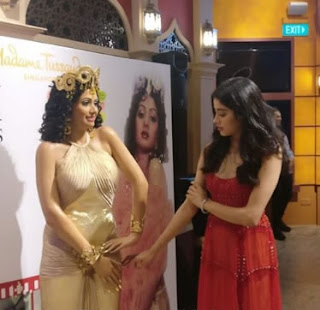 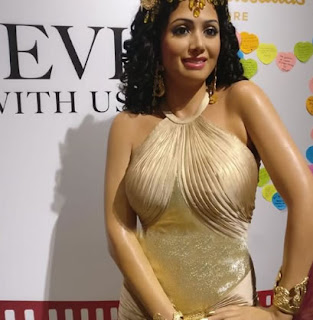 Recently, Filmmaker Boney Kapoor and daughters Khushi and Janhvi Kapoor uncovered the wax statue of late Sridevi in Madame Tussauds Singapore. It was an emotional day for the whole family as they boarded the flight to Singapore earlier this week. Boney Kapoor and daughters Jahnvi Kapoor and Khushi Kapoor visited Madame Tussauds lately in Singapore and shared photographs of the captivating wax figure of Sridevi. It is a replica of Sridevi’s iconic look from the Mr. India song Hawa Hawai and the stunningly made figure gives a glimpse of Sridevi herself.
The photographs show the emotional state of the family as Boney Kapoor is seen standing in disbelief beside the statue. He is unable to take his eyes off the effigy while Janhvi Kapoor is closely admiring the nuances of the figurine.